Understanding The Magic of Tarot: History, Uses, and Choosing a Tarot Deck 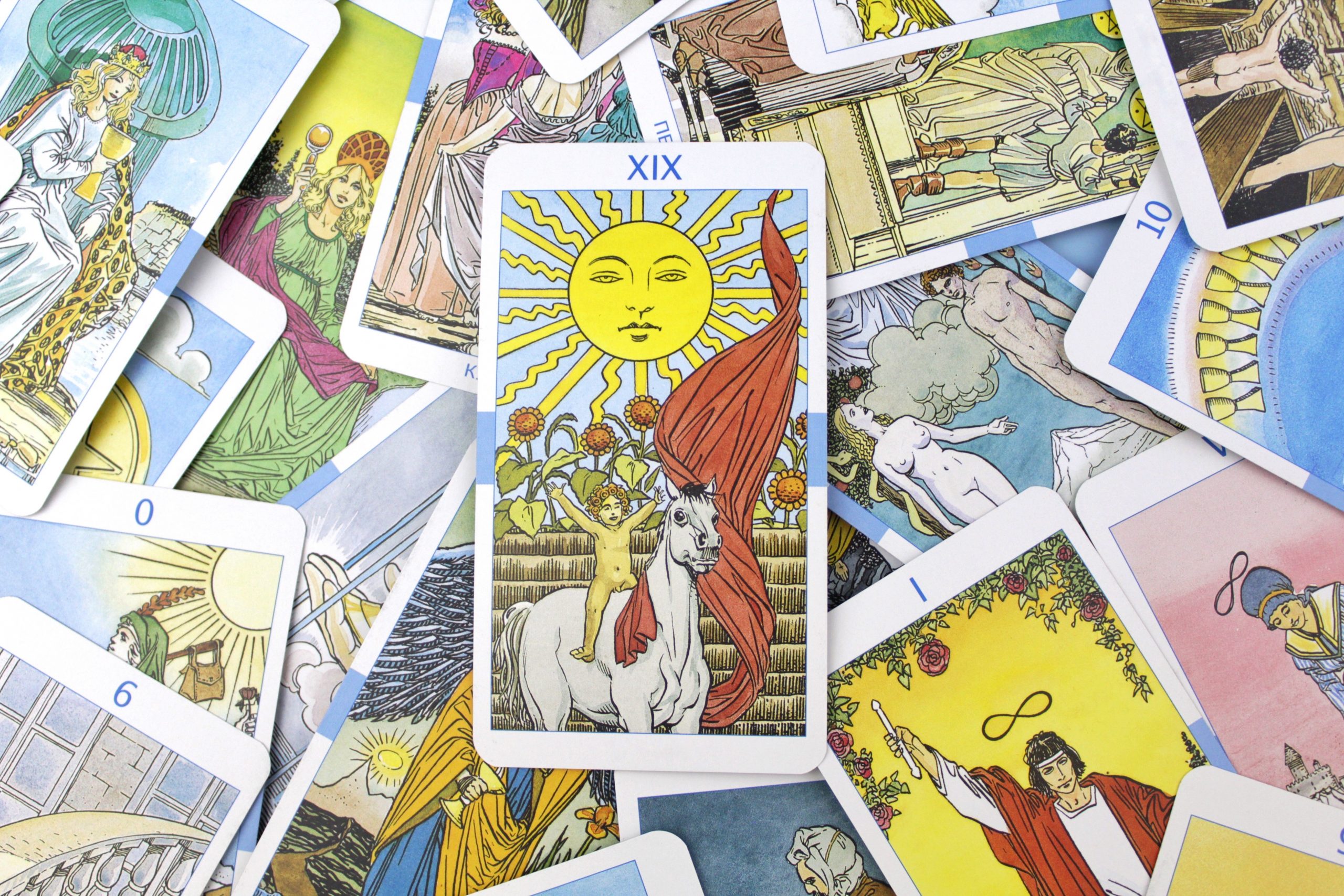 What Are Tarot Cards?

Tarot cards are one of the oldest tools used for divination. Today, they’ve continued to prove their importance within the spiritual community as they can be used to help empower our lives by providing us with answers to life’s questions and challenges. Tarot decks are divided into two parts, the major arcana, and the minor arcana. There are 22 major arcana, and they symbolize the main life events and themes each of us experiences throughout our lives. The 56 minor arcana represent the different means by which we will experience the major life themes which areas of our lives we will experience these energies.

Where Do Tarot Cards Come From?

Tarot cards originated in Italy in the 1400s but did not hold the same divination purposes as used in modern times. Back then, the cards were known as trionfi. These cards were similar to a traditional deck of cards and were used solely for entertainment and games. Wealthy families would have artists create their own trionfi deck with portraits of their lineage as a sign of status.

There have been many resurgences of tarot, but it wasn’t until the late 19th century that occult and spiritual elements were incorporated into their decks. Kenneth MacKenzie’s occult work, inspired by Eliphas Levi, birthed the creation of the Hermetic Order of The Golden Dawn, a secret community of alchemists. Members of the Golden Dawn created an occult tarot deck infused with spiritual teachings, and this was one of the first tarot decks of its kind.

Since then, many tarot practitioners, spiritualists, and occultists have created their own decks with their own meanings. The Rider-Waite-Smith, Or Smith-Waite deck, is the most widely respected deck and the first to include intricate designs for the minor arcana as well as the major arcana cards. Many decks created today are heavily influenced by the Rider-Waite-Smith deck.

How Does Tarot work?

Tarot works through its use of symbolism. The symbols throughout each card hold certain meanings, colors, and messages that help tap into the subconscious mind and intuition. Our minds are powerful, and there are symbols that can evoke certain information from within, and tarot allows us to tap into this knowing.

Once the cards are drawn, each card acts as a page of information, and the entire reading is the book. Each card is used to piece together the story or the answer to the question that is being asked. Through the use of intuition, knowledge, and experience, the cards will allow the reader to receive truth and wisdom from the cards.

What Tarot Card Are You?

Each of us has one or more tarot cards that can be used to understand ourselves and our life’s purpose.

Birth cards are usually pulled from the 22 major arcana, so if your date is higher than 21, you can simplify it further by adding the two 2s together. You want it to be under 21 because while there are 22 major arcana, the fool is number 0.

The 4th card in the tarot is the Emperor. The energy and meaning behind the card will play a major role throughout your life.

You can also find your year card by doing a similar process. Instead of using the date of your birth year, use your birthday for the current year. Add those numbers together, and your sum will represent the major energy within your life for that particular year.

Oracle cards are another popular tool used for divinatory purposes. They are often associated with tarot cards and can be used alongside them during a reading. Oracle cards focus on an affirmation or message for guidance without going into too much depth. These cards are helpful when you need a clear answer or a helpful nudge in the right direction. Tarot is different as it can give you complex answers to many of your life’s questions, and it can help you understand the psychological, emotional, physical, and spiritual components of a given situation. Using oracle cards to help understand a tarot reading’s overall message is also helpful. 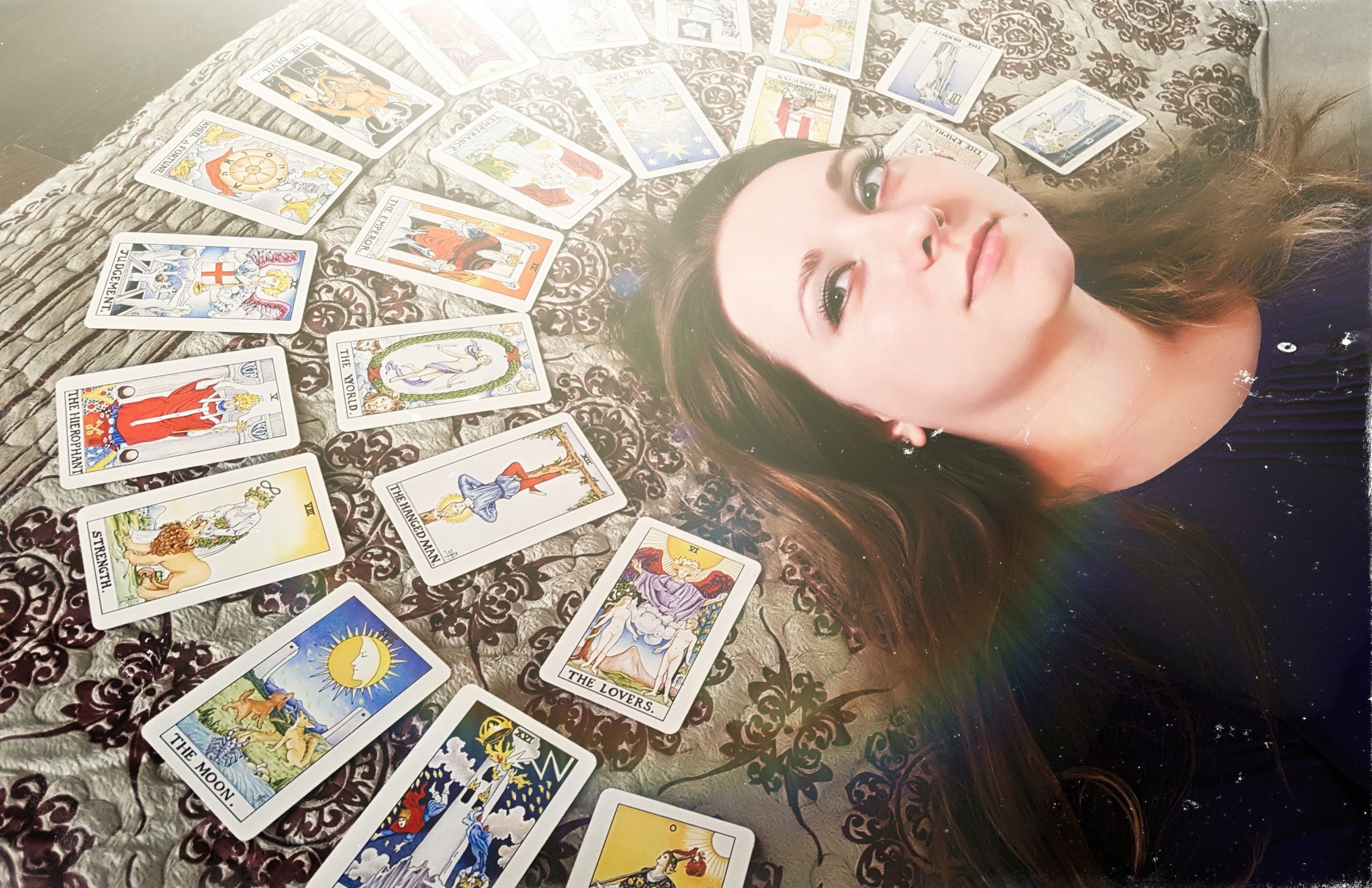 Can I read My Own Tarot?

Anyone can read their own tarot as long as they are able to remain neutral while performing a reading. It’s important not to be attached to any outcome or answer. Otherwise, you may not get a clear and accurate reading. With practice, anyone can perform a successful tarot reading for themselves. Doing so can be more beneficial because you know yourself better than anyone else.

Why is Tarot Trending Again?

As the world begins to awaken to its spiritual nature, people are becoming more open to what was previously deemed as the occult. Tarot is seeing a resurgence because now, more than ever, people need answers. People want to get insight into the unpredictable future and learn from their past.

How To Choose A Tarot Deck

Before choosing your deck, deciding how you wish to learn tarot is important. Will you learn through books, videos, or online? Today, there are thousands of tarot decks on the market. These will play into your ability to learn the cards. Most tarot resources will base their information on the Rider-Waite-Smith deck, so choosing this deck or one similar to it will help you learn the cards faster. You can choose any deck that resonates with you, but a more obscure or individualistic deck will just take a little more time to learn.

There is free information for learning tarot online, enough information to never stop learning. Once you’ve learned the basics, you can explore the thousands of decks out there. Some decks are best suited for general questions, love readings, shadow work, etc. Once you become more familiar with the type of practice you will have, you’ll be drawn to particular decks.

Tarot is a powerful way to access the information that exists within you. These cards can help bring you clarity, understanding, peace, and the tools necessary for you to move forward. Throughout your journey, you’ll strengthen your intuition and awaken to your ability to understand the different energetic influences that exist throughout your life.

PrevPreviousUniversal Sacred Patterns: Why Our Universe Loves the Golden Ratio?
NextWhere Do Science and Spirituality Meet?Next