The Sacred Kasubi Tombs in Uganda 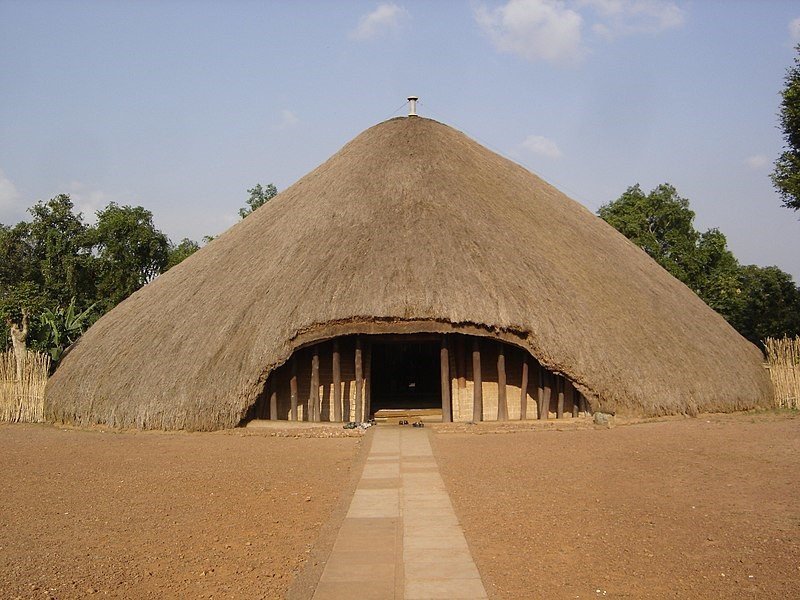 At the site of the intriguing Kasubi Tombs, the main building, which is an oval shape and is covered with a dome, is called “Muzibu Azaala Mpanga,”. This building is interesting to visitors because it is constructed entirely from organic materials and the exterior is adorned with many mystical details each having symbolic significance. Entering the structure is ritualistic because you have to remove your shoes and approach the mats, made of Lemon Grass and Palm leaves, used as seats. Photos, shields, and pendants of the Kabakas, leaders of the Baganda people, hang all around the walls and surfaces adorning the structure. 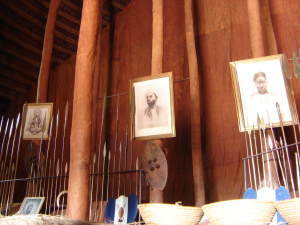 How Did The Kasubi Tombs Originate?

In order to understand the origins of the Kasubi tombs and the corresponding cultural significance, it is important to consider the history of the Baganda people. The kingdom of Buganda was one of the most powerful in Africa at a time when there was not yet foreign interference. The kingdom was rich and progressed rapidly in civilization which made it popular at the time and increased the fame of the Buganda kings called Kabakas. Kintu was known as the first Kabaka in the Buganda kingdom. He came over with his wife Nambi, who was believed to be the daughter of the god of the sky and a gift to Kintu for impressing the god. It is believed that Kintu did not die but rather disappeared into the forest after killing a close confidant who hid the adultery of his wife Nambi. Nothing more is known about his disappearance.

The burying of kings in the palace began with the 35th Kabaka of the Buganda kingdom named Muteesa I. The Kasubi tombs contain the remains of four Kabakas. The first is Muteesa 1, the second is Mwanga II, the third is Daudi Chwa II and the third is Sir Edward Muteesa II. The bodies of the Kabakas are buried in a certain place while their jawbones are buried in another place where a shrine is erected. The jawbones, believed to house the spirits of the deceased, are revered because they were thought to be a medium of communication for the succession of Kabakas. The wives of the Kabakas were always in charge of the maintenance of the shrines.

The Kasubi tombs are a world heritage site commissioned by the UNESCO in the year 2001. The Kasubi tombs belong to the Bantu speaking people in Uganda. This area was originally a farmland area for large agricultural activities until it started developing into a kingdom and was eventually used as palaces for the Kabakas. The leaders of the Baganda people were known as Kabakas and they were buried in special tombs and special shrines erected where their jaw bones are preserved. The jawbones of the Kabakas is believed to contain their spirit and are highly revered.

Interesting facts about the Kasubi Tombs

This heritage site has remained a very prominent area for Baganda people who carry out their spiritual practices there. Their culture is directly linked to the Kasubi tombs and as such, they have frequent rituals performed at the tombs. The entire structure of the Kasubi tombs is made from organic materials sourced locally, which is believed to have spiritual significance for the Baganda people who have a history of sacred elements in their architecture.  There are particular clans that have the duty and task of maintaining the structures. The Ngeye clan is known to be responsible for the maintenance of the thatch roofs, a practice that is handed down from generation to generation. 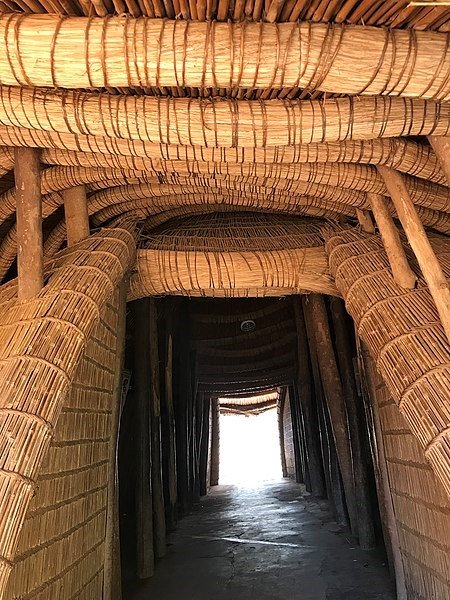 In the year 2010, the Kasubi tombs were destroyed by fire and no one could explain the origin of the fire. Many parts of the building were damaged and the tombs were listed as one of the heritage sites in danger. Some people believe that the destruction of the tombs by fire was through the intervention of the spirits of the Kabakas who forced the plan for a renovation.

The dead Kabakas are known to communicate with their successors through a medium. This is why the shrines, containing the jaw bones of the Kabakas,  are erected and specially maintained. It is believed that frequent communication occurs between the spirits of the deceased Kabakas.  This creates a connection between all the Kabakas which allows them to operate in the spirit world.

The boundaries of the Kasubi tombs are marked out by bark tree clothes that help guard against external influence and disturbances. There are several other buildings around the area to house those who help maintain all the sacred structures. The structures are believed to create the connection between the world of the spirits and the world of the living. 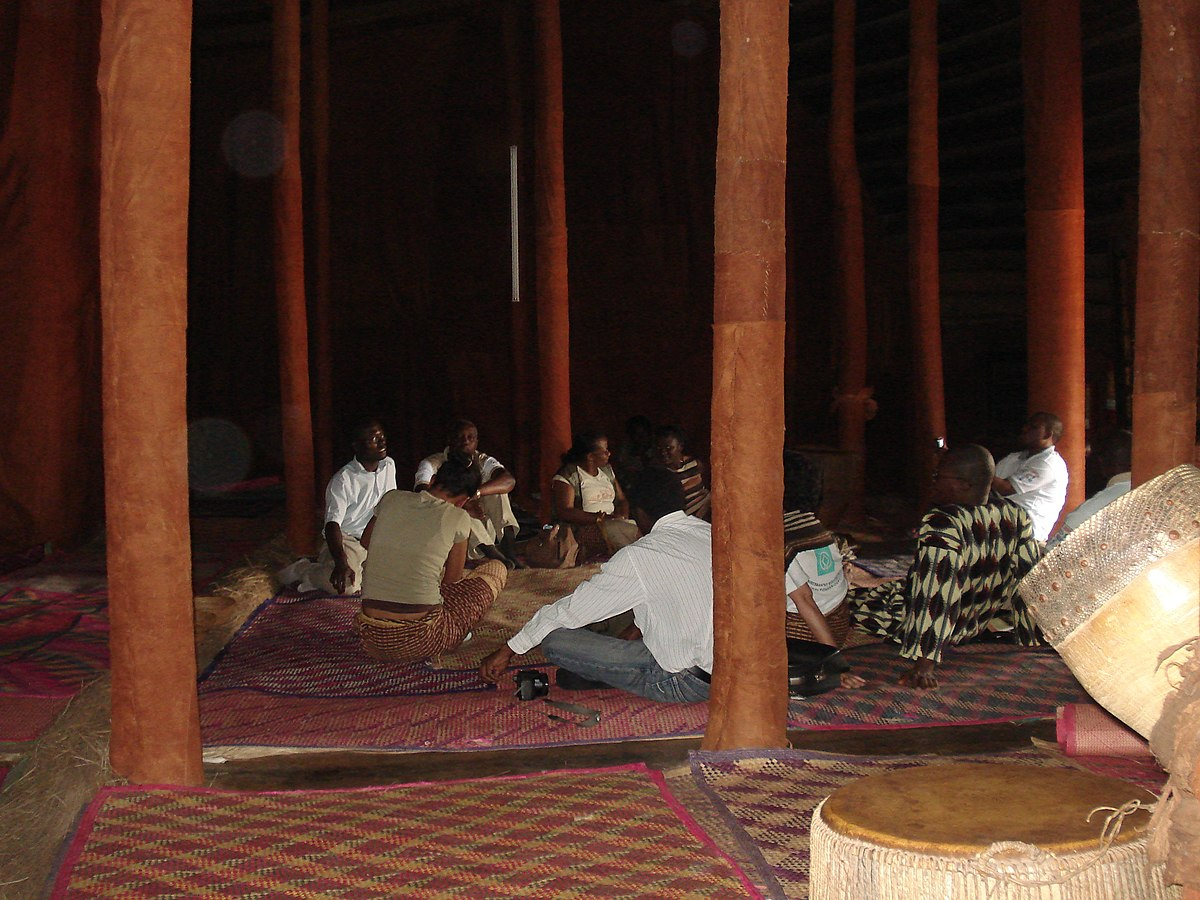 The Kasubi tombs are one of the most mentioned sites regarding African traditions and how they are upheld by the people. The strong beliefs in the spiritual significance of places hold an important place in the culture. Many visitors have described the site as having a “sacred aura” that attracts them to its mysteries.