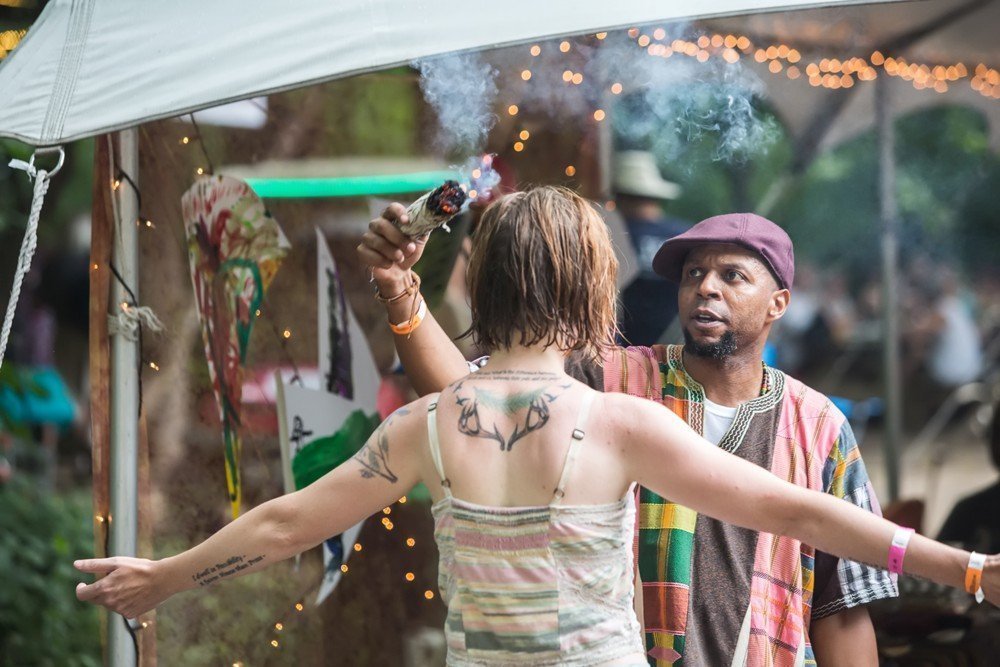 Smudging is a cleansing ritual involving the burning of bundled medicinal herbs and plants, most commonly white sage, to help rid places and people of negative energies. While it has been practiced for ages, the smudging ritual has become increasingly popular in recent times.

The benefits of smudging are plenty. In fact, some of them are backed by scientific evidence. Here, in this article, we discuss the five major reasons to start smudging today

White sage smudge purifies the air you breathe.   That’s reason enough to start smudging in your home and or office.

The air in your living space contains all kinds of bacteria and allergens.   It includes bacteria, viruses, pollen, dander, mold and dust.   The herbs used in the smudging ritual cleanse the air of these harmful, airborne particles, reducing the chances of disease.   A study conducted proved that smudging removes airborne contaminants up to 94%, with its effects lasting around 24 hours.

Had a bad day? Having trouble sleeping? Burning dried sage can act as the perfect mood booster.  The relaxing fragrance has a soothing effect on the nerves, calming the mind and body almost instantly.

Calming the mind and body helps regulate blood pressure and breathing. It also improves the quality of sleep, leaving you feeling more energized.

A calm and relaxed mind can focus better. Therefore, smudging indirectly aids in improving focus and developing clarity in thought. Better concentration always works to one’s advantage whether at school or at work. It heightens your senses making you more aware of your surroundings.

The main reason why so many use smudging is because of its ability to change the energy around us. Smudging gives off negative ions. Contrary to what many people, negative ions are not negative; they are the ‘good ones’.  You will find them by rivers, by the beach or in some natural habitats. That’s why going back to nature feels therapeutic.

While smudging is better known for its effects on the mind, promoting physical well-being is yet another of its benefits.  The negative ions neutralize the action of the free radicals delaying aging.  It also helps prevent disease, improves nervous function and strengthens the respiratory system.

So, what are you waiting for! Order your Smudge Kit or sage bundle to secure the positive benefits of this cleansing ritual.